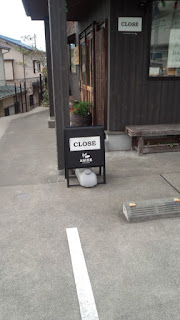 Politeness in the digital age

I am registered in many sites pertaining to translation and interpretation. From one related to interpretation I got the following message in the afternoon. The job would have to be done the next day.

That is all. No "please" or "are you available", "could you help us out" ... nothing.
Just "Tomorrow. Be there!"
Naturally, I reclined the "job offer".
Is this the style of American, Chinese, Russian or other mafia like people.
Or is this now considered to be the "new standard" of politeness in the digital age?
Posted by 柔和 at 9:59 PM No comments:

Low rates even in Germany ...

Yesterday or so I received via one of the many translator sites an "job offer" from Germany.
It is about (urgent) translation work in the English-German language pair.
The company offers 0.04 Euro per Word.
(The company itself "naturally" makes a mistake, noting the rate as 0.04 cents - which would be approximately 0.0004 USD!)
It does not specify, whether these source or target words.

Maybe it is only me, but I dare doubt, that people living in Europe can make a "living" on those rates.
The 0.0004 USD/word rate totally out of the question.

It always seems to me, that the internet serves due to its lack of adjustments and regulations to match different conditions as a sort of parasite, eating away the basis for sound living.

A patient of mine - who also tries to establish himself as a writer - wrote an article about me and somehow convinced an editor at the Japan Times to publish it. For people interested .. here the link to the electronic form.

Most of it refers to my work as an acupuncturist. However, I am also working as a freelance translator. And if it comes to the translation of materials related to oriental medicine, or acupuncture in particular, just being a "native speaker" is not a sufficient qualification for the job. MUCH of the terminology used in this field is VERY unusual and often NOT understood without some additional explanation. Many attempts at a "standardization", or even the creation of glossaries, still have many problems to solve.

As a practicing acupuncturist with over 30 years of clinical experience I believe, I may be better "qualified" to handle this kind of material than many native speakers.

Personally, I would love to translate whole books and just articles for magazines. I presume, it would be much more gratifying than just articles. AND .. there are many very good Japanese books about acupuncture (or oriental medicine in general).
But the West has no access to this information, because the Chinese are deliberately trying to dominate the market - and to my dismay the West allows the Chinese to convince them, that they are the ONLY ones with any "authorative, genuine" knowledge about oriental medicine. I pity the people, who voluntarily choose to a "tunnel vision" perspective of the world.

Please feel free to contact me, if you do need/want to translate anything in this field.

I got this mail:
"We’re having some files for translation, these are patent claims for several products or services.
We have around 4 sets of 3 patents claims each, every part has around 25,000 words to be done on MateCat (free online translation tool that we can provide a manual if necessary).
We’d need them approximately in 7/8 days and I believe our budget is around 600 USD per set.

Would you kindly let me know if you’re available and if you have experience in Patent Claims?
I look forward to your answer!"

Calculation shows: that is appr. 0.02 USD/word. And it would require about 20+ pages of patent specification per day. Off hand I don't know anybody who can do that (properly). Not to mention that the use of CAT tools - in my experience - only INCREASES work load and time requirements; especially when working with patents.

I took the liberty of responding:

Are you not ashamed of yourself (your main office located in the USA) asking people to work for rates lower than what companies in rural India or China offer?

By royal decree from his bombastity Trump you should be hiring AMERICAN translators FIRST and ONLY anyway.
I am sure American translators love to work for peanuts and can live a luxury life on those rates.


Trump (I believe that person does not deserve any honorific or title), a self-declared enemy of freedom, is "all over the place", intentionally driving the world into chaos and towards destruction. Eventually his arrogant and self-centered behavior = he "trumples"over everthing and everybody, will adversely affect everybody who is not a fat, rich, white man living in the States.
And there is probably not much a few translators can do about it.

But ...
since it is now "America first", maybe the translator's community can come together and boycott jobs coming from the USA and/or American companies, so that those companies that a currently heavily "outsourcing" much of their work to those "dirty foreign people" who should be slaves in the first place, will have to rely more on "American only" resources. Requiring them to pay their "personnel" rates compatible with survival in the States and not the "peanuts" they offer on their slave markets.
I wrote about those before: e.g., Wagner Consulting International which offers 0.03 USD/word, which is WAY below any international standard and even cheaper than India based companies or TransPerfect. I would not be surprised, if Trump has his fingers in those businesses too.
I VERY MUCH doubt, that an ordinary American translator would/could work for 0.03 USD.

So ... what would happen, if Trump has to rely on translations = which ARE indispensible in numerous industries ONLY on those that are made IN America by white (male) translators? After all, if a translator from any arabic country would translate something, s/he might be planning/coordinating a terror attack his bombastity Trump.
Manpower will not meet the demand, quality might suffer when people are forced to work on unfamiliar materials, prices will soar because salaries/rates in the USA are most likely MUCH higher than what is paid to "ordinary" translators.

This *** might *** give Trump a hint. But then again, since he is pathologically delusional, he would/could not acknowledge that snow is white, even if he were left in the middle of an ice field in the antarctic.

"Translator resistance" -  a stupid idea of mine. I am well aware, that many translator simply cannot afford to recline work. I am one of those myself!!! But, this could be the minimal contribution translators might be able to make to the just started battle for freedom.
I myself will commit to this cause to the best of my abilities.
I would be "outrageously happy" (to speak with Linus), if anybody would actually feel it worthwhile to join me.
Thank you.