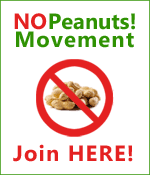 Another revolution in the field of biology?
No, just the result of using a cheap translator.

Yesteday I got a call from a translation agency about an "urgent cross-checking job". The original translation was a questionnaire (to be conducted in Germany) from Japanese into German. (for those of you who read German, the above phrase was: "Bitte wählen Sie Ihr Geschlecht.")
Naturally it should have been "indicate your sex".

And there were literally millions of similar strange expressions.

I told the agency: this cannot have been done by a German translator. When I asked them, what kind of person did this translation (I suspected a Chinese of Indian (cheap) translator), I was told, this was done by a Japanese, who considers himself good at German and teaches German at a university!
Well done indeed.

Academic!
"Bitte wählen Sie Ihr Geschlecht." Does neither contain any misspelled words nor is the grammar wrong. The only thing that is wrong is the meaning! But that is probably something an academic is not capable of detecting. In particular since a "direct" translation of the Japanese would result in precisely the above sentence.

Well, the translation agency that assigened the job to that particular person has lost a lot of money (and possibly also a client).
The client (likely a camera maker) on the other hand, that presented said questionnaire to the general audience in Germany and got apparently lots of claims, because ordinary people could not understand the text of it, may have suffered a severe blow to its image. The damage done may have been very costly and may require some time to "heal".

Maybe ... MAYBE ... both client and translation agency do learn little lesson: DO NOT hire cheap translators for important work.
If you pay specialists peanuts for their work, you may expect to get some foul smelling s**t ... if you pardon my French.